Each frame seen in a modern game is the combination of many different layers and effects. This article explains each stage of the rendering process in our first person shooter Sector's Edge.

There are a few terms used in this article:

The colour buffer stores an RGB colour for each pixel on the screen.

This one is a bit harder to see, so we've zoomed the image onto the character model.

The depth buffer stores how far away each pixel is from the camera. Darker parts of the image are closer to the camera and lighter parts are further away. These values are used later to calculate the 3D position of each pixel for post-processing effects like lighting.

The normal buffer uses RGB values to represent the XYZ direction that each pixel is facing. These values range between -1 and 1 and are used for calculating shading and lighting during post-processing.

In the image above:

Here is another example:

The data buffer stores two bytes for each pixel that define which post-processing effects will be applied to certain parts of the image.

Three bits in the first byte are used to determine whether the pixel:

The second byte stores how reflective the pixel is, for example metal pixels should be more illuminated by lights than dirt.

The scene is rendered again into another 5 depth buffers, each of which store how far away each pixel is from a hypothetical 'sun'. By using 5 buffers we can have higher-quality shadows for the parts of the screen that are closer to the camera.

These buffers are generated from the sun's point of view looking down at the map, each more slightly zoomed than the last:

These buffers are used to darken certain parts of the colour buffer to create the illusion of shadows. This happens after the post-processing stage using some maths involving the values stored in the original depth buffer and the 5 shadow buffers.

The first post-processing effect used is called Screen Space Ambient Occlusion (SSAO), which looks at the XYZ values in the normal buffer to locate crevices between objects.

The output is stored in the red component of the SSAO Buffer and is used to darken certain parts of the image later.

Bloom is a post-processing effect that brightens and blurs certain parts of the image, to mimic looking directly at a light in real life.

Pixels that have a bloom bit set in the data buffer mean that they will be copied from the colour buffer to the Bloom Buffer. Once copied, the image is blurred:

The average map in Sector's Edge has around 30-60 lights in it, each of which are compared against the depth, normal and reflectivity values of each pixel.

The final colour of each pixel is based on:

Lighting is applied directly to the colour buffer, but for this article we have separated the lighting values into their own buffer:

Stage 4. Putting it all Together

Starting with the colour buffer:

The shadow buffers and SSAO buffer are used to darken certain parts of the image:

Bloom and lighting is added to the image:

Transparent objects are then rendered directly to the final image. This is done last so that glass doesn't modify the depth/normal/data buffers, which would affect the post-processing effects:

And there you have it! All of this must be computed within 16ms to provide smooth gameplay at 60 frames per second. I describe how the game has been optimised to run at much higher frame rates in this article.

We are searching for people to help test Sector's Edge. Download the game for free on our website and let us know what you think on our Discord Server. 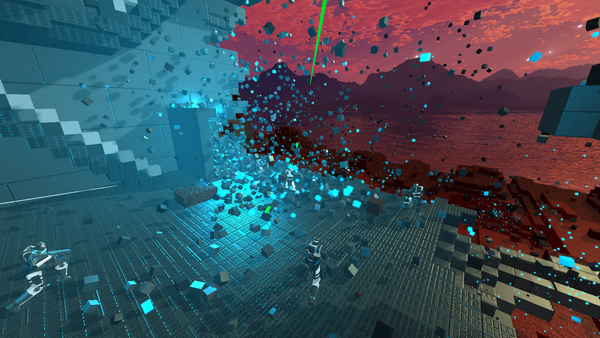 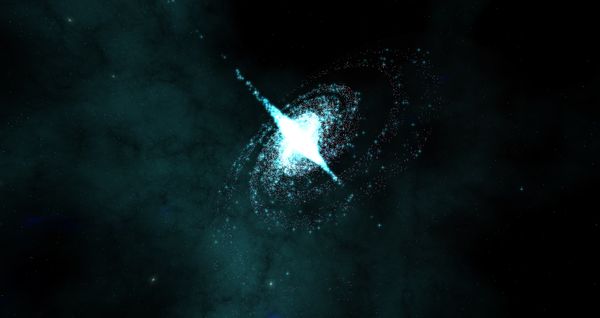 This article explains the galaxy generation algorithm showcased in the video below. It is written in C#, rendered with OpenGL and the source code is available here.At the end of the article

Vercidium Blog
—
3D Game Rendering - Behind the Scenes
Share this